FREE Bone Broth Basics Book with every order over $50 this month!

Meet my long term friend Jodi. She is an absolute inspiration to me, as she is to all who meet her. The obstacles and barriers she has faced, and the deep emotional challenges life has thrown at her haven’t stopped her from achieving and thriving in life. From serious health issues, death and grief to being present and helping her children to thrive despite many challenges of their own, she has shown all of us the meaning of strength, resilience and persistence. Inspirational!

Like so many women today, I wear a lot of hats. Some I wear intermittently, but many stay on like a permanent fixture. In no particular order I am a wife, mother, daughter, athlete, midwife/nurse, scrap-booker, chef, musician, gardener, girlfriend, humanitarian….and underpinning all those hats is my faith in God. When I think back, I don’t have a clear memory of what I was doing 5 years ago. I think that’s a testimony to how busy it gets, being a working mother. I do remember I was working part time as midwife and the children were 6 and 4.

My life revolved around keeping a gluten free household as my daughter was reacting badly to wheat at that stage with massive painful skin wheals. I was also busy organizing appointments with occupational therapists, speech therapists, psychologists and PLAY program facilitators for my daughter, newly diagnosed with Asperger’s Syndrome. I enrolled her into ballet at the recommendation of the OT, and taught myself to sew. Due to her sensory issues, it was easier to sew costumes than have her melting down because of itchy tulle. I continued to sew for the ballet academy for several years until my daughter decided to finish up last year. During this time, I also started up a support group for mums with kids on the spectrum. We meet up informally for coffee and usually talk about everything BUT autism, it’s a nice group and we’re now more all friends rather than a ”group” per-se.

My own health wasn’t a consideration at that stage. I did have my thyroid removed in 2002 after a long battle with Graves’ Disease (an autoimmune thyroid disease that’s left both of my eyes slightly damaged) but I was mainly focused on keeping the kids alive, staying on top of the washing, planning house renovations, toilet training a puppy, and feeling guilty for not spending enough time with my 4 year old, who was dragged along to appointments, ballet classes, school runs and swimming lessons.

All of this was happening while I continued to recover from the loss of my eldest brother, who had passed away from cancer 2 years prior. He would have been diagnosed with autism had it been a thing back then. He lived at home for 42 years and my mother lived her life around him. The impact of his loss was enormous on her. Seeing this made me fiercely determined to ensure my child would grow up to live her life independently of me. I must confess, it took a huge toll on my relationship with my husband. Having kids with extra needs makes relationships even harder. You need to work hard to keep your marriage going.

A few years ago, I was in the pool with the kids and I thought I’d swim 100m. As a teenager I used to swim competitively, play water polo, was in the surf club and did triathlons. Imagine finding out I couldn’t swim 25m.  I was so sore and fatigued. I hadn’t formally exercised in years and I was overfat and unfit. Needing a kick-start at that stage I had a friend who was starting up a brand of “shake diet”. I joined that and lost a few kilos. Then I gained them all back, plus a few extra. It just wasn’t sustainable. I had another friend who was on her second round of a fitness program that involved a lot of cardio work. I’d wake up at 5am, do a step workout and sweat my butt off, then walk/run 1km and half kill myself. It was really hard and unenjoyable. I wondered how I’d ever maintain this style of living once I’d formally finished the program. Again, it wasn’t sustainable.

In 2014, my sister was diagnosed with ovarian cancer. It was that diagnosis that shocked me into quitting sugar then and there. I’d been listening to snippets about how bad sugar was. I had read about the link between sugar and cancer but had never paid much attention to any of it. Well this woke me up. My sister’s cancer was already widespread when she was diagnosed and she survived for 9 months. She endured massive surgery and rounds of chemotherapy. It was, perhaps, the worst year of my life. The following year was a blur. I spent those two years in ‘survival mode’, just holding myself together. I remember I walked a lot just to be outside with my thoughts and remember to breathe.

My parents’ health also took a sharp nosedive at this point, so we packed them up and moved them closer to us where I could keep an eye on them. Dad had a series of heart attacks and major surgery. Mum developed Guillain-Barre Syndrome around the time my daughter was born and she spent 12 months in hospital.

The genetics specialists strongly suggested that I have my ovaries and tubes removed to decrease my own risk of ovarian cancer. I felt as though I had a sword hanging over my head. After a lot of consulting, I made the decision to go ahead with the surgery and so I was induced into surgical menopause at age 46. My true journey to health and fitness started from this point. Early menopause means I need to keep my bones strong, as hormone replacement isn’t an option. So, I joined the local swim team and started swimming. It was really hard and I felt quite pathetic, but I kept at it. After a while I started to feel fatigued and started to question my “why”. Could I sustain this?

One day, I was flipping through a cycling magazine given to me by a girlfriend. I saw an ad for ‘Holistic Triathlon Coaching’. I made a Skype appointment and tentatively joined. My coach has been amazing. I’ve eased into the training and nutrition, and my fitness has improved so gradually that I haven’t even noticed. It fits into family life and I’ve competed in several triathlons over the past 12 months and have had so much fun! Last weekend I ran my first half marathon trail run. Not bad for a person who has historically shied away from running. The triathlon training is mostly done at slow speed to build anaerobic endurance.

The nutrition is based around low carb and high amounts of good fat. It’s a way of healthy, nutritious eating that frees me from dieting, calories, portions and bathroom scales. It’s freedom on a plate and my body loves it. I ran my half marathon without carbohydrate loading and I finished with energy, recovering quickly enough to go to work the following morning with no soreness. The idea of running slowly in training and not carb feasting is foreign to most athletes, but it’s allowed me to run – consistently reducing my times.

The holistic philosophy concentrates on nurturing your mind, body and spirit. My training includes Pilates, yoga, walking and getting adequate sleep. I had no idea the value of going to bed early. Before, my evenings were my “me” time. Now I appreciate how much better I feel going to sleep before midnight. I’m a better human. I’ve also started going ‘minimalist’ as part of my health journey. The de-cluttering has been hard, but so worthwhile. It’s shown me I can be content with what I have, wanting for nothing material. Try selling that idea to any high-tech gadget loving athlete!!

There have been obstacles along the way. For example, it’s hard to do a triathlon without a bike. I had to work extra shifts to be able to afford one. None of my gear is top notch, but I don’t care. It’s about having the best health, not the best gear.

I tripped over and broke my arm when I started running. It was the eve of Mother’s Day. I just tripped and landed on my outstretched hand. The break healed quickly but the cartilage damage in my hand has taken a while to mend. I need to navigate my training around the kids’ schedules. I train when they are at school, and on school holidays I either get up extra early or bring them along with me. It’s important to emphasise, I had a full health check with my GP before I started my fitness journey and a follow-up recently.

Since quitting sugar and going low carbs high fat, my cholesterol has normalised (it had been creeping up) and I’ve been taken OFF blood pressure medication which I had been taking since the birth of my daughter. My blood pressure is now normal. I lost numerous centimetres from my waist. My GP measured me initially and I was in the diabetic risk range. Now I’m in the low risk range for my waist measurement. I lost around 20kg, but I don’t weigh myself, as I believe it’s unhealthy and ignores the weight of your bone density, which is what I need to watch carefully.

I believe I’ve gained some weight now, due to building lean muscle mass, but my body fat percentage has reduced. All the little unconventional health changes I’ve made have accumulated to make a huge impact to my overall feeling of health and well-being. I’m looking forward to the many more adventures that are yet to come.

Cycling in a recent triathlon

Part of my ‘inspirational women‘ series.  Everyday women who have made something of their lives and provide inspiration for others! 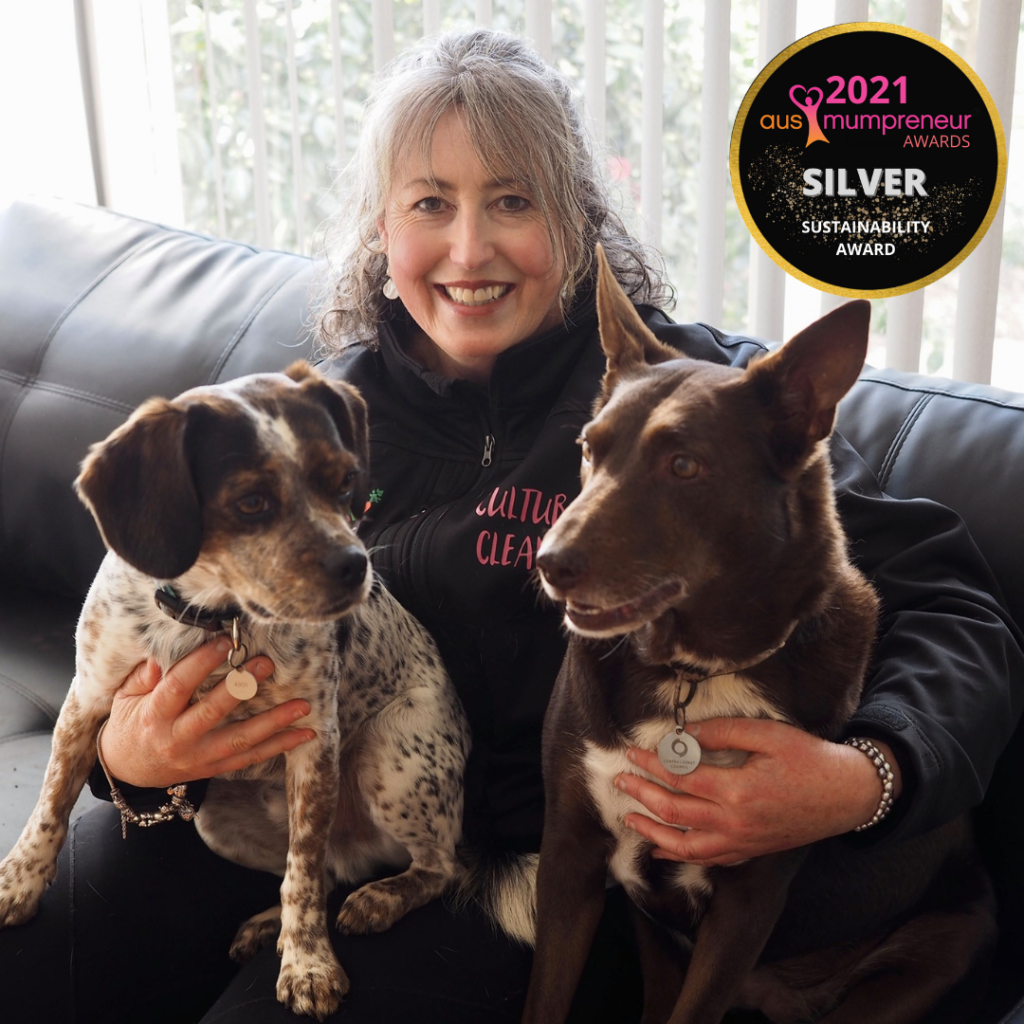 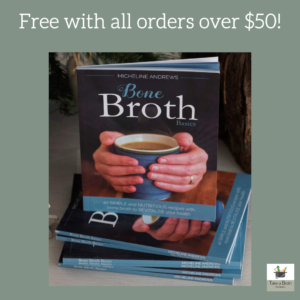 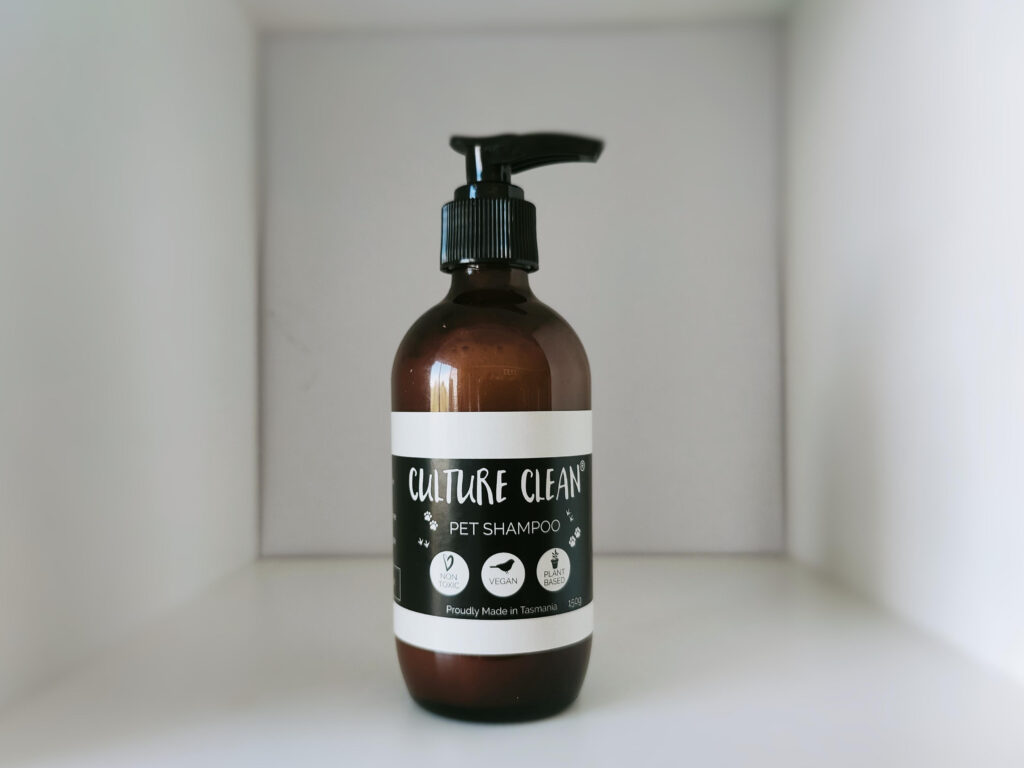